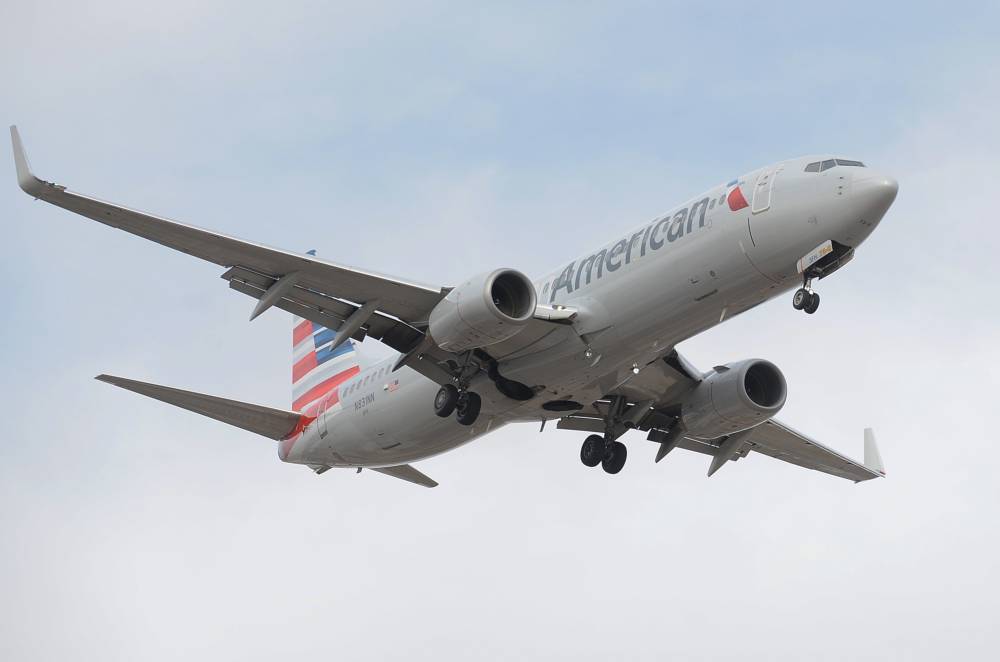 Most Americans remain reluctant to fly and broadly support new coronavirus-related safety measures for air travel, according to the latest IBD TIPP Poll, but only a third believe the government should mandate policies despite federal bailouts for the industry.

The findings were released Wednesday as airlines try to restore a sense of safety aboard planes and crack down on passengers who don't wear masks, which have become the latest front for U.S. cultural tensions as the coronavirus pandemic still expands through the nation. And the results also illustrated a partisan gap on views toward travel overall.

Sixty-four percent of adults polled said they were "not very comfortable" or "not at all comfortable" with traveling on an airline over the next six months.

However, while 73% of Democrats felt uncomfortable with air travel, only 49% of Republicans said they felt that way.

Vast majorities of the poll's participants — between 80% and 90% — said it was "very important" or "somewhat important" that all passengers wear face masks during a flight; get temperature checks at the gates; maintain social distancing at airports; fly with the middle seat open and in half-empty cabins; and receive friendly refund and cancellation policies.

A greater share of Democrats than Republicans said those measures were very important or somewhat important to air travel.

But the policy receiving the highest share of support, albeit by a narrow margin, wasn't a safety measure. Ninety percent said they want to see traveler-friendly policies on refunds,
flight changes, and cancellations.

That's slightly more than the 88% who said requiring masks on flight was important and the 87% who said keeping the middle seat open is important.

Meanwhile, even as American Airlines (AAL) began lifting limits this month on cabin capacity, it warned that it's overstaffed by 8,000 flight attendants and may use voluntary reductions, according to a memo to employees seen by Reuters.

American also said it expects long-haul international flight capacity for next summer to be 25% lower than that of 2019.

Despite continued federal support for the airline industry, most Americans don't want the government to mandate safety measures.

These loans are separate from the money airlines received to keep employees paid through September. But Treasury didn't disclose the loan amounts.

But when asked to choose whether those air travel policies should be set by the airlines or required by the government, participants in the IBD/TIPP Poll were conflicted.

Only 36%, for instance, believed that the government should require that "all passengers wear a face mask during the flight." Fifty-five percent said they supported airlines setting the policy.

Even along party lines, a government mask mandate failed to secure a majority: only 46% of Democrats and 27% of Republicans were in favor.

No law requires passengers to wear a mask during air travel. But airlines like Delta, American and United have mask their own policies and have threatened to yank violators' flying privileges.

But even as major airlines crack down, Dennis Tajer, a representative for American Airlines' pilots union, said in an interview last month that it was "infuriating" that federal regulators hadn't stepped in with more concrete rules on masks.

The absence of more aggressive action, he argued, could jeopardize the billions in stimulus set aside for the ailing air travel industry if a single passenger without a mask makes others scared to fly.

Meanwhile, 33% of adults in the IBD/TIPP poll believed that the government should require that airlines leave middle seats vacant "or leave open one seat in two-seat sections" on flights. Fifty-nine percent said they supported that policy being set by the airline.

American Airlines' pilots union has requested that the government buy up enough seats on flights "so that no passenger would have to sit next to a stranger." Their employer, however, began rolling back its 85%-full seating limits on Wednesday.

Meanwhile, United's plans to add more flights next month should lift its domestic capacity to 48% of year-ago levels from 30% this month. As the cabins get fuller, the carrier was dismissive of trying to social distance in flight.

About the poll:  1,213 adults aged 18+ nationwide participated in the online survey taken from 6/27 to 6/30. The size of the subsample of registered voters was 1,005.  TechnoMetrica's network of online panel partners  provided the sample. The results are weighted to mirror the national population for age, gender, race,  region, and party.  Panel samples are convenience samples and are not probability samples and hence the concept of margin of error does not apply.  For guidance, a probability sample of 1,213 adults would have a margin of error of +/- 2.9 percentage points at the 95% confidence level. Similarly, for registered voters, it is +/- 3.1 percentage points.