Americans’ Views on the Economy Turn Negative On COVID-19, But Optimism Growing 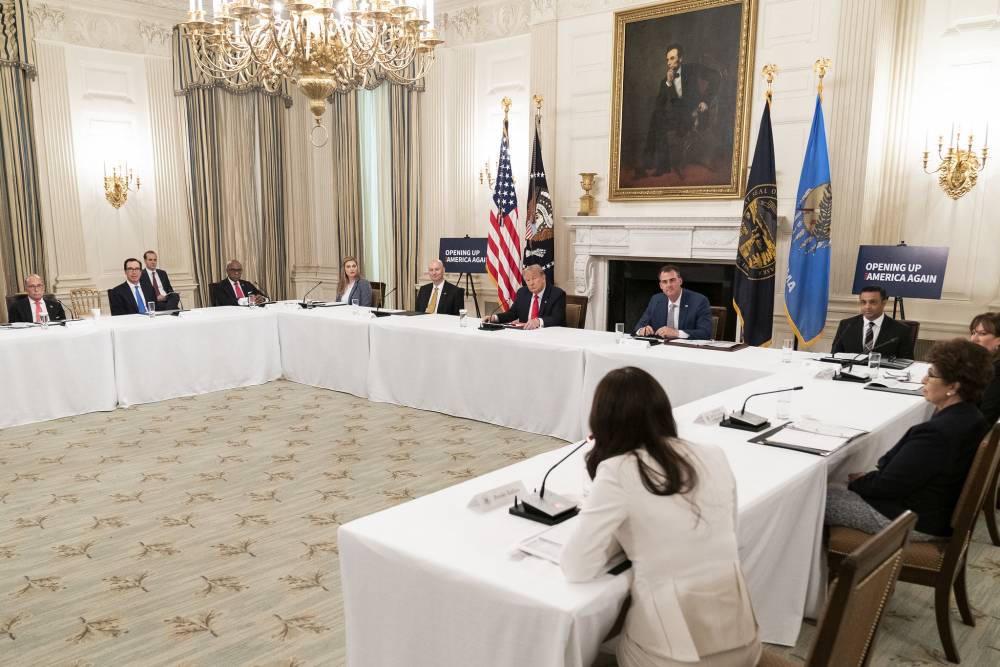 Americans’ perceptions of economic conditions have deteriorated since April, reflecting the economic pain born by many households as a result of the coronavirus crisis, particularly in the form of widespread job and income losses, according to recent trends in the Investor’s Business Daily/TIPP Poll. However, consumer views on the economy are improving, signaling a growing sense among the public that the economy may be on the road to recovery, as the labor market continues to heal, a recent resurgence in coronavirus infections appears to slow, the stock market hits new highs, and states around the country further ease restrictions. Accordingly, as Americans slowly emerge from the economic doldrums created by COVID-19, we anticipate a gradual rebound in consumer confidence in the months ahead.

Each month, Investor’s Business Daily and TechnoMetrica gain insight into Americans’ assessment of economic conditions using responses to various standard survey questions within the IBD/TIPP Poll. To determine whether Americans believe that the economy is in a recession, we ask the following question: Do you think that the U.S. economy is currently in a recession or not in a recession? We also measure Americans’ views about the direction of the economy based on responses to the following question: Generally speaking, do you think the U.S. economy is improving or not improving? 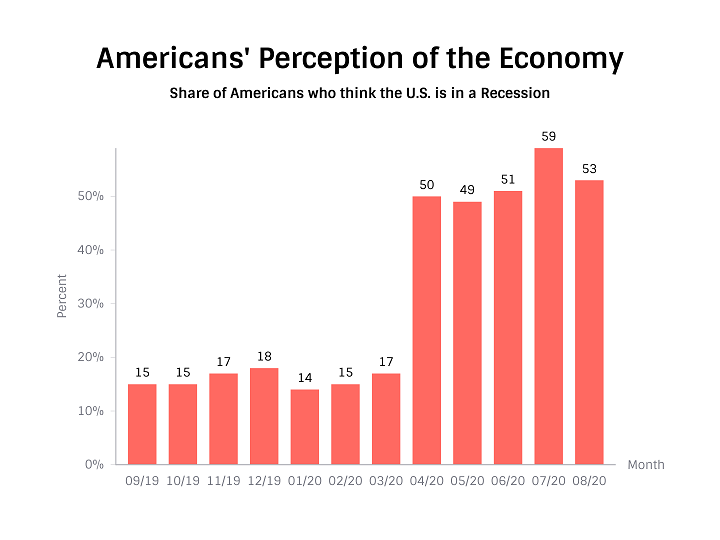 The share of Americans who perceive a recession has climbed since before the COVID-19 crisis, largely driven by high unemployment and continued uncertainty about the trajectory of the outbreak. In August, a majority (53 percent) of Americans surveyed believe that the U.S. economy is currently in a recession, up from 14 percent back in January, a gain of 39 percentage points. During the same period, the share who do not think that we are in a recession has plummeted 59 points, from 82 percent to 23 percent.

Further highlighting the pandemic’s toll on economic sentiment, Americans are much less likely to view the economy as improving than they were at the start of the year. This month, three in ten (30 percent) respondents say that the U.S. economy is improving, down from 54 percent in January, a 24-point drop. Meanwhile, close to six in ten (57 percent) now think that the economy is not improving, compared with 41 percent in January.

The rise in economic pessimism among Americans mirrors the surge in unemployment induced by lockdowns aimed at containing the spread of COVID-19. In August, four in ten (40 percent) U.S. households had at least one member who was unemployed and looking for work, compared with 12 percent in January, according to tracking by the IBD/TIPP Poll.

While still largely negative, Americans’ views on the economy are brightening amid continued signs of recovery, including strong job growth and a rebound in the stock market. Between July and August, the share of U.S. households who consider the economy to be in a recession has fallen from 59 percent to 53 percent. Americans are also more likely to perceive an improving economy. In July, less than one quarter (24 percent) said that the economy was improving, before jumping to 30 percent in August.