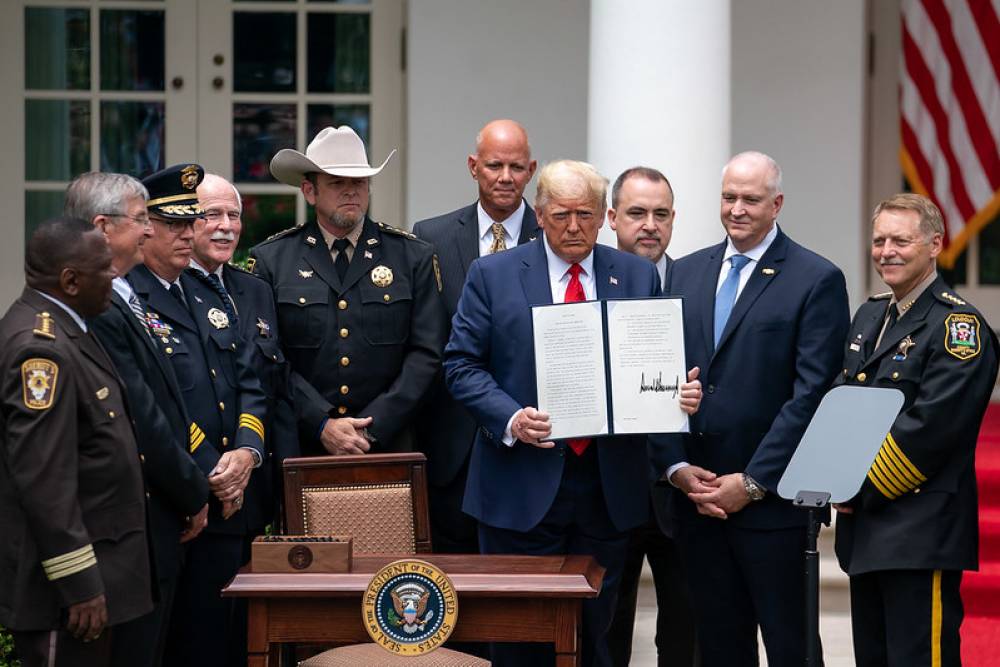 As the country continues to grapple with racial unrest and ongoing protests, the vast majority of Americans support either increasing or maintaining funding for law enforcement and first responders across all levels of government, according to the latest National Sheriffs’ Association/TechnoMetrica survey released in August. At the same time, Americans largely agree that local law enforcement need training on human rights.

Views on law enforcement funding vary by gender. Men are more likely than women to support increasing state, county, and local funding, 50 percent to 35 percent. However, just 12 percent of men and 15 percent of women want to cut funding. 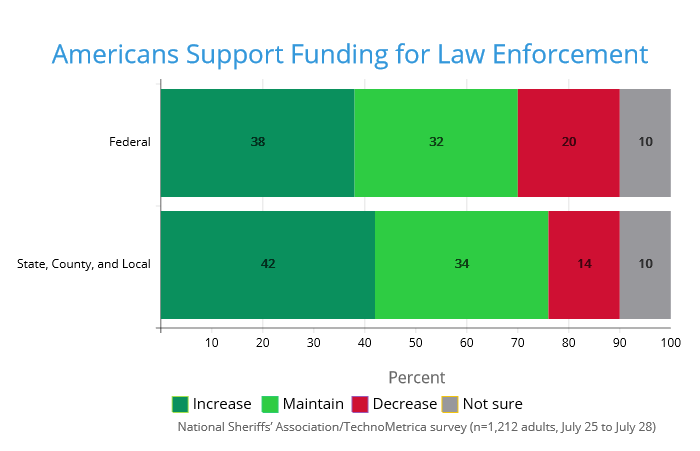 At the federal level, close to two in five (38 percent) Americans agree that funding for law enforcement and first responders should be increased, while around one-third (32 percent) prefer maintaining current levels of funding. One in five (20 percent) U.S. adults surveyed want federal funding reduced. The remaining 10 percent were undecided.

Men are more supportive of increasing federal funding than women, 42 percent to 34 percent.

There is a significant partisan divide in views on federal funding for law enforcement. Nearly half of Republicans (48 percent) back more funding, compared with 32 percent of Democrats and 33 percent of Independents.

While Americans largely support government funding for law enforcement, the public widely agrees that local police need human rights training, our survey shows. Just over six in ten (61 percent) Americans believe that local law enforcement officers in their communities need training on human rights such as equality, dignity, and respect, while 26 percent do not. More than one in ten (13 percent) Americans surveyed were not sure.

The survey shows similar levels of support for human rights training among women and men, at 62 percent and 61 percent, respectively. However, men are more likely than women to see no need for training, 29 percent to 24 percent.

Views on the necessity of human rights training vary by party. Democrats (75 percent) are more likely than Republicans (50 percent) and Independents (55 percent) to see a need for such training.

The National Sheriffs’ Association/TechnoMetrica survey is a nationwide online survey of 1,212 adults, conducted from July 25 to July 28.