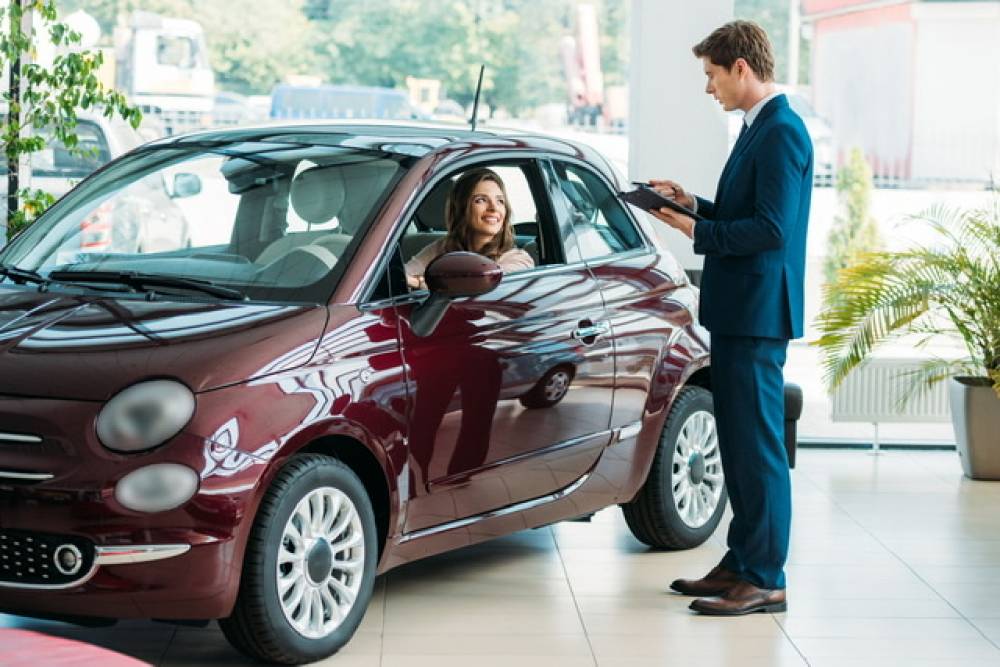 New vehicle demand picked up slightly in July, remaining at its second-highest level on record, as more Americans embrace personal car ownership as a safe mode of transportation amid the coronavirus, especially with the summer travel season getting underway, according to the latest reading of TechnoMetrica’s Auto Demand Index, a monthly measure of Americans’ intent to acquire new vehicles in the next six months. Thus, as dealerships reopen across the country and new-car deals remain at elevated levels, we expect consumers to release their pent-up demand for new vehicles in the coming months, lifting auto sales higher in the near term.

The Auto Demand Index increased by three points, or 1.9 percent, this month, to a score of 164, the best July since TechnoMetrica began tracking the measure back in 2007. The slight uptick indicates relative stability in new vehicle demand after months of volatility, including a 19-point plunge in June and a surge of 44 points in May, as more consumers return to their purchasing habits amid easing coronavirus restrictions. Also, the index remains far higher than pre-crisis levels, towering 71 points above February’s reading of 93, providing further indication of strong pent-up auto demand, particularly among urban residents turning to cars in order to avoid catching the coronavirus while using public transportation or ride-sharing services.

The overall rise in purchase intent extended to most demographic groups this month. In all, 18 of the 26 groups that TechnoMetrica tracks each month posted gains in the index in July, up from eight in June. Three groups set record highs this month: the 25 to 44 age cohort, the $50K to $100K income bracket, and women.

New vehicle demand improved across all U.S. regions. The Northeast and the Midwest reported the greatest acceleration in purchase intent levels, reflecting the regions’ ability to effectively control the spread of the coronavirus and reopen their economies. The Northeast posted the largest increase in the index’s three-month moving average, from 170.9 to 190.4, a gain of 19.5 points. In the Midwest, auto demand improved by 13.2 points, from 130.7 to 143.9. Meanwhile, southerners displayed a six-point gain in new vehicle purchase intent, from 164.6 to 170.6, and the West reported an increase of 3.4 points, from 168.2 to 171.6.

While urban dwellers posted the smallest gain in vehicle purchase intent this month, urban demand continues to far exceed that among suburban and rural areas, as Americans living in cities migrate to cars from public transit and ride-sharing due to the coronavirus. New vehicle demand among urban residents has soared 155.2 points between February 2020 and July 2020, highlighting the coronavirus-induced shift in transportation preferences among city dwellers.

The surge in urban demand since the outbreak may be spurring major paradigm shifts in consumer preferences. For instance, our survey continues to show a greater preference for smaller vehicles, which are better suited for city streets than SUVs and pickups. In July, mid-sized cars were the most preferred vehicle types among consumers likely to acquire a new vehicle within the next six months, at 20.2 percent. This is up from a share of 19.2 percent in June and 14.9 percent in the beginning of March, right before the coronavirus put the country on lockdown. Coming in second are compact cars, with a preference share of 17.8 percent, compared with 16.8 percent last month and 8.4 percent back in March. Demand for small SUVs inched up in July, from 12.2 percent to 12.7 percent, but remains below March’s reading of 19.1 percent. The share of likely buyers who prefer a sub-compact or MINI car declined from a three-month average of 12.5 percent in June to 11.2 percent in July, which is still far above the one percent share reported in March. Rounding out the top five were large SUVs, at 9.7 percent, down from 10.2 percent last month.

Further highlighting the growing trend towards vehicle ownership among urban dwellers, Americans’ demand for luxury cars continues to far exceed pre-crisis levels. The share of likely buyers who would prefer a luxury vehicle for their next new auto purchase stands at a three-month average of 34.8 percent, which is down from 35.9 percent in June, but more than double the 15.8 percent share reported in March.

The rise in new vehicle demand has also been driven by low interest rates and the generous deals and discounts being offered by automakers and dealerships, which help make buying a new car a more affordable option, particularly amid the current economic uncertainty. As the Federal Reserve holds its benchmark rate near zero, the average interest rate on a new-car loan stands at 4.2 percent as of June, compared with 6 percent a year earlier, according to automotive information website Edmunds. Also, zero percent financing deals remain near record levels, comprising 19.4 percent of new financed purchases, as per Edmunds. In addition, incentive spending by automakers hit an average $4,411 per vehicle in June, the highest ever for the month, according to JD Power and LMC Automotive.

New vehicle purchase intent may also be getting a boost from Americans turning to cars for summer trips amid the COVID-19 outbreak. According to AAA, car trips will comprise around 97 percent of U.S. summer travel this year. Meanwhile, air travel is expected to decline by 74 percent from July to September.

Bright Future Ahead for Auto Sales

Trends in the index suggest that auto demand should maintain its upward momentum in the months ahead. All three of the index’s moving averages posted gains in July, even as the headline number dipped below the three-month moving average. Also, our indicator for momentum, the MACD, improved for the fourth consecutive month in July, to a new all-time high of 14.2. This is the fourth month in a row where the MACD has posted a reading in positive territory, suggesting that new vehicle sales will continue to recover from the coronavirus crisis at a healthy pace.

The average time frame for acquiring a new vehicle remains below pre-crisis levels, as likely buyers looks to speed up their auto purchases after months of sitting on the sidelines due to the coronavirus crisis. Likely new vehicle buyers plan to wait a three-month average of 3.48 months before making their auto purchase, which is up from 3.35 in June, but down from 4.00 in March. Digging deeper, the share of likely buyers who plan to acquire a new vehicle within the next month declined 2.1 points in July, to a three-month average of 15.9 percent, compared with a pre-crisis level of 14.3 percent in March. Meanwhile, around three in ten (30.3 percent) will make their new vehicle purchase between two and three months, compared with 16 percent in March. The share of likely buyers planning to make their auto purchase within four and six months’ time picked up in July, from 41.7 percent to 45.5 percent, though it is still dramatically lower than the 67.2 percent share in March.

Auto Demand Index is compiled from an online survey of 1,213 U.S. adults fielded from June 27 to June 30.

The automotive industry faces significant changes as a result of the coronavirus crisis. In order to guide the automotive industry through these unprecedented times, TechnoMetrica has developed a new program called the AutoTracker research service, which monitors key trends in the market. If you are interested in subscribing to this popular service, please contact us at mayur@technometrica.com.

TechnoMetrica is a market research leader in the financial and automotive industries. Major industry players rely on our intelligence and insights to gain a deeper understanding of investors, affluent Americans, car buyers, and the luxury market. To discuss your custom research needs, or for permission to republish this news alert, please contact mayur@technometrica.com