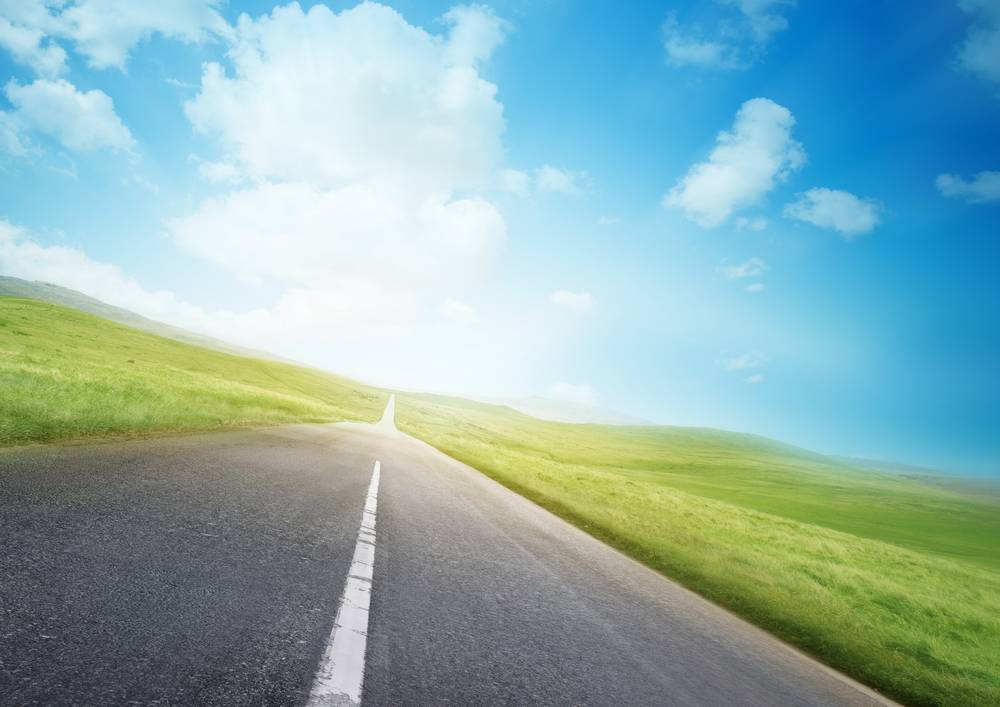 This summer, road trips both short and long have been all the rage as people shy away from breathing each other's air — whether it be on an airline or in a movie theater — during the coronavirus pandemic. The upshot is a possible rebirth of the 1950s-era car culture, nearly seven decades after the fact.

Curbside pickup at restaurants and retail stores along with the resurgence of nearly extinct drive-in movies are just the first signs. There also are "live" drive-in concerts, comedy shows and church services. A zoo in Virginia opened its wildlife safari for people to drive through with their own cars.

Car culture in 2020 is about families getting out of the house, yet staying as safe as possible. And businesses and other organizations are finding ways to adapt to this new reality.

Just how this will affect industries and businesses long term remains unclear. The trend could bring good news for automakers like Toyota (TM) and Honda (HMC) as car ownership becomes more attractive. It could even help makers of recreational vehicles like Thor Industries (THO) and Winnebago Industries (WGO).

"It's interesting to see how the Covid-19 pandemic is sparking a return to the past with home deliveries, drive-in theaters and family road trips," Jim Hinckley, a travel book author specializing in Route 66 and the Southwest U.S., told Investor's Business Daily. "I'll be curious to see if this trend continues to grow when there is a return to a semblance of normalcy."

That's the big question. Will the desire for mobile cocoons last?

The auto industry has far to go to get back to normal. Car sales fell sharply after automakers and dealerships shut down during shelter-in-place orders in March, and they've stayed down. The website GoodCarBadCar shows sales figures for the first seven months of 2020 were down 29.3% when compared with the same period in 2019.

New-vehicle demand as measured by TechnoMetrica's Auto Demand Index hit an all-time high in May. It has eased somewhat since then, but was at its second-highest level ever in August. TechnoMetrica began the index in February 2007.

More Americans, particularly those living in urban areas, are choosing their own cars over public transportation and ride-sharing services amid the coronavirus pandemic, TechnoMetrica President Raghavan Mayur said in a report. The Auto Demand Index provides a positive directional indicator for purchases as the economy recovers.

"As showrooms continue to reopen around the country and more Americans emerge from quarantine, we expect strong pent-up demand to lift auto sales in the months ahead," Mayur told IBD.

Meanwhile, rising interest in car ownership could be bad news for ride-hailing services Uber (UBER) and Lyft (LYFT). Before the Covid-19 pandemic struck, some pundits questioned the future of car ownership, given the prevalence of such convenient services.

Many people now prefer to use their own cars vs. shared transportation. They see their vehicles as protective bubbles in the age of coronavirus. When people are out and about, many would rather stay in their cars.

"There's definitely been an increased interest in people traveling by vehicles," David Bennett, repair systems manager for the American Automobile Association, told IBD. "AAA estimates that 97% of summer travel will happen by car. That's roughly 683 million trips. People are packing up the family and getting in their car for day trips, weekend trips or getting away for a week. They just want to get out of their house where they're feeling cooped up."

Bennett says road trips can be easier and more cost effective than air travel. AAA reports that summer gas prices are at their lowest level in more than a decade.

Hinckley, the travel book author, says more people want to get out on the highway. They're looking for adventure, despite the coronavirus pandemic.

"Americans love to travel and they are rediscovering the road trip," Hinckley said. "People are reluctant to fly now. This Covid situation has changed everything in a short period of time."

Travelers are likely to stay closer to home now, he said.

"The 'staycation' has become huge," Hinckley said. "People are finding things to do within a 60- to 100-mile radius of their home."

Few industries have been hit as hard by the coronavirus pandemic as travel. Many people are reluctant to get on planes until Covid-19 infections markedly decline or a coronavirus vaccine is available.

But Americans tired of seeing the same four walls during self-quarantines are turning to road trips. There also are day trips to get out of the house for adventures.

A survey by TripAdvisor (TRIP) supports the heightened interest in road trips.

"Shorter trips to destinations closer to home are a recurring theme, with nearly half (44%) of consumers saying they are more likely to take a road trip," said TripAdvisor's June traveler sentiment study. They perceive such trips as less risky and "involve contact with fewer people than other forms of travel."

A June survey by Morning Consult for the American Hotel & Lodging Association found high interest in road trips, family events and long weekends over the summer months. A total of 81% of respondents said they expected to take a day trip. Meanwhile, 72% expected to take an overnight vacation via car within the next five months.

Mimi Sheller, a sociology professor at Drexel University and director of the university's Center for Mobilities Research and Policy, said the Covid-19 pandemic could lead to long-lasting shifts in societal behavior. For instance, domestic travel is likely to grow at the expense of international travel, she told IBD.

The resurgence in car culture is mostly a suburban phenomenon, Sheller says. "Wealthier people can afford to own cars and use them as protective bubbles," she said.

Shorter outings are in vogue as well.

With indoor movie theaters closed since mid-March and only just starting to reopen, families looking for entertainment have returned to drive-in theaters. This summer has seen many temporary, pop-up drive-in theaters emerging to entertain the masses. They join the 321 permanent drive-in cinemas still in operation nationwide.

A group in Washington, D.C., called Park Up DC turned the parking lot of RFK Stadium into a drive-in movie theater with a 45-foot screen and sound delivered to FM car stereos or portable radios. It plans live events such as DJs and other music acts at the venue.

Drive-in movie theaters aren't the only 1950s car culture business seeing a comeback. So are drive-in restaurants, as evidenced by an uptick in business at eatery chain Sonic.

"I don't think that there's any doubt that our physical format absolutely was in line with exactly how we are living during this pandemic time period," Sonic President Claudia San Pedro told Ad Age. Sonic is a unit of privately held Inspire Brands.

Some restaurants are reviving carhop dining as a way to draw in more customers to dine safely at their establishments, CNN reported.

Businesses are getting creative in the new car culture by providing other types of drive-in or drive-through entertainment.

Real estate investment company Horizon Group Properties has partnered with esports analytics firm Harena Data to develop drive-in esports arenas in four U.S. cities. The esports arenas will be located at Horizon-owned malls in Louisville, Ky.; Gettysburg, Pa.; and the Texas cities of El Paso and Laredo. Consumers will be able to watch video game tournaments and compete in matches from the safety of their vehicles. The first such events were scheduled for Labor Day weekend, Forbes reported.

A theater group in McLean, Va., created a drive-through drama called "Small Change." The audience drives through a parking lot in their cars to each actor and actress to experience the show.

Jurassic Quest transformed its indoor touring exhibition of life-size dinosaur models into drive-through events in Atlanta, Boston, Detroit and other cities this summer.

Roer's Zoofari in Reston, Va., converted its group bus safari into a personal self-drive tour of the animal park. Visitors can drive over the rolling hills of the park. They get close-up encounters with bison, llamas, zebras, water buffalo, emus and other animals. They can even buy animal feed to give to the creatures on the ride through.

"The response has been outrageously great," Mike Kerr, chief operating officer of Roer's Zoofari, told IBD. "People were tired of being cooped up and they wanted to safely add something fun to their day, especially with kids."

In October, internet television network Netflix (NFLX) will open a drive-through experience that recreates scenes from its hit sci-fi horror series "Stranger Things." The attraction, called "Stranger Things: The Drive-Into Experience," is being set up at a location in downtown Los Angeles.

The attraction is described as "an immersive theatrical production, complete with mind-bending sets, actors in costume, and otherworldly special effects." Drivers and their passengers will be transported to fictional Hawkins, Ind., in 1985 to experience the TV show first hand.

How Today's Car Culture Is Different

Car culture of the 1950s and 1960s was about people loving what their cars symbolized, said Rudi Volti, professor emeritus of sociology at Pitzer College and author of the book "Cars and Culture: The Life Story of a Technology." Their cars provided a feeling of freedom and opportunity for fun experiences, he says.

"The TV series 'Route 66' encompassed that — the idea of hitting the open road for adventure," Volti told IBD.

But today's car culture is mostly about staying safe during the coronavirus pandemic. Cars still offer the promise of adventure but that has taken a back seat to health and safety concerns in the Covid-19 age, Volti says.

"One thing is certain: We will never go back to the old normal of before the pandemic. It is reshaping so many things that we're only dimly aware of," Volti said.