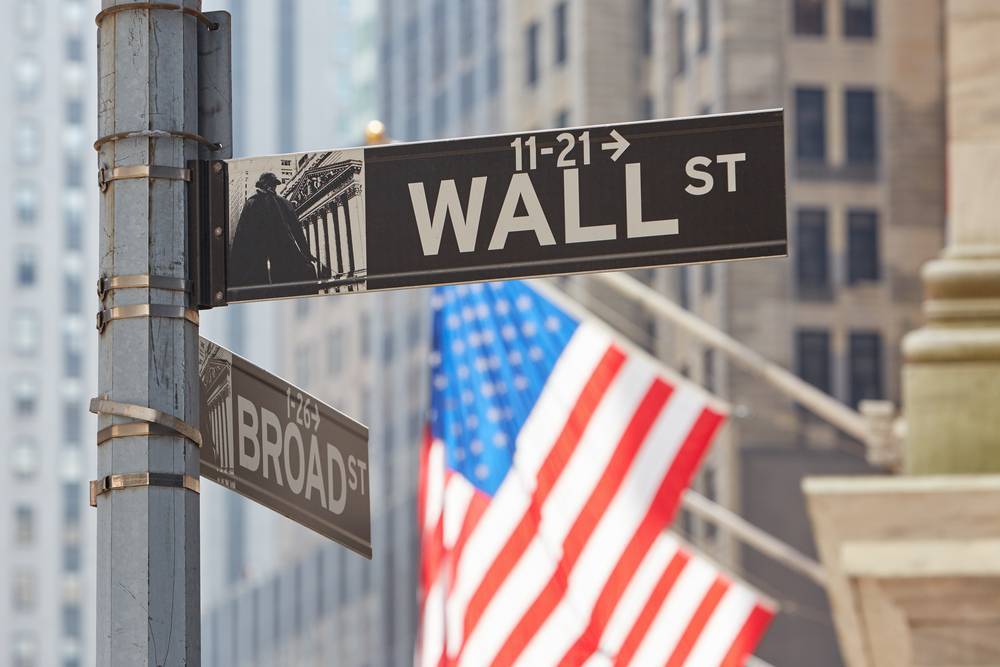 After the prior week's sell-off, it looked like the stock market rally might take a breather. But the major indexes rebounded in the latest week, with the Nasdaq soaring to record highs, though the major indexes fade into Thursday's close. Tech giants and growth stocks overall continued to lead. Tesla (TSLA) skyrocketed on Q2 delivery and production figures. Chip stocks got a boost from Micron Technology (MU) and a few others. Meanwhile, Boeing 737 Max certification flights took place, a big step toward getting the grounded jet back in service. FedEx (FDX) crushed views on e-commerce deliveries.

The U.S. economy added a record 4.8 million jobs in June, as the jobless rate fell to 11.1%, the Labor Department reported Thursday. In just two months, the U.S. has regained 7.5 million jobs, over one-third of jobs lost to the coronavirus lockdown. June's stunning gain included 2 million leisure and hospitality sector jobs, which are now down 4.8 million from February.

But a wave of Covid-19 infections and hospitalizations across the Sun Belt already has begun to douse the economy's momentum. The report, which actually covers the period from mid-May to mid-June, reflects progress before many governors and businesses began to reverse or halt reopening steps.

New claims for jobless benefits last week came in a touch higher than expected at 1.43 million, while continuing claims in the week of June 20 rose 59,000 to 19.3 million. The number of people collecting pandemic employment assistance, which Congress created to extend aid to people ineligible for jobless benefits, grew to 12.9 million in the week of June 13, and 1.9 million have applied since.

Factories added back 356,000 workers last month, including 196,000 in the auto sector. The Institute for Supply Management manufacturing index jumped into positive territory, rising to 52.6 from 43.1 as new orders went from strongly negative to solidly positive. But that resurgence will depend on recovery in jobs and consumer spending.

Data from users of Homebase's scheduling app show that the small-business recovery stalled out in June, especially where Covid-19 sped up. Retail data have been mixed. The Retail Economist said chain-store sales rose 0.7% last week, lifting the year-over-year pace to -9.3%, best of the recovery. But J.D. Power said auto sales have started to weaken again.

Tesla delivered 90,650 vehicles in Q2, beating recent estimates of around 85,000-88,000. That includes 80,050 Model 3 and Model Y vehicles as well as 10,300 Model S and X vehicles. The company produced 82,272 electric vehicles in Q2, as the Shanghai plant ramped up output, partially offsetting the Fremont plant being shut down for several weeks. Tesla stock jumped Thursday on the delivery figures. That added to huge gains earlier in the week amid leaked emails from CEO Elon Musk signaling the possibility of a break-even quarter. Tesla has scope to boost earnings by recognizing revenue from emission credits and "Full Service Driving." A positive earnings report could get Tesla into the S&P 500 index.

Boeing (BA) began FAA test flights for recertification for its troubled 737 Max jetliner on Monday, a big step toward returning the jet to commercial service. An FAA Inspector General report found that Boeing didn't present key changes to its Maneuvering Characteristics Augmentation System (MCAS) on the 737 Max to certain FAA officials. The system has been implicated in two deadly crashes that led to grounding the plane in March 2019. Aircraft leasing company BOC Aviation said it's canceling an order for 30 Boeing 737 jets, after Norwegian Air announced late Monday that it's nixing its 737 Max and 787 orders. The aerospace giant will end 747 production in two years. Boeing, the worst Dow performer in 2020 so far, jumped Monday but pared weekly gains.

Pfizer (PFE) and BioNTech (BNTX) released promising Phase 1 and Phase 2 results for their coronavirus vaccine. In total, the duo tested three dose levels in 45 healthy adults. At the end of the study, the volunteers generated more antibodies than people who had already recovered from Covid-19. But there were some side effects at the midsize and high-level doses, according to an analyst. Importantly, the data has yet to be peer reviewed. BioNTech stock ultimately wiped out its gains and closed in the red, though Pfizer rose.

Sorrento Therapeutics (SRNE) popped Wednesday as it reported some positive results from its antibody treatment, which could also be used as a preventative. On Tuesday, Inovio Pharmaceuticals (INO) unveiled promising test results for its coronavirus vaccine. Of 36 healthy volunteers, 34 experienced an immune response at six weeks following two doses. But Inovio didn't specify how many binding or neutralizing antibodies were generated, nor the specific T cell response. Inovio shares fell sharply Tuesday and Wednesday. Meanwhile Moderna (MRNA) reportedly will delay its Phase 3 vaccine trial, but the biotech said it could still start in July. Shares fell.

Memory-chip maker Micron Technology (MU) beat fiscal Q3 views while returning to sales growth after five straight down quarters. EPS fell 22% while sales rose 14% to $5.44 billion as memory chips for data centers and smartphones lifted results. For the current Q4, the memory chip giant expects EPS to jump 88% with sales up 10% to $6 billion, both well above consensus. Micron shares rose on the results and guidance, as did shares of other memory plays.

FedEx (FDX) earnings per share fell 50% while sales dipped 2% to $17.4 billion, but those were well above views. Residential deliveries surged at FedEx Ground as locked-down consumers flocked online to shop, and shipments across the Pacific also rose. But commercial volumes dived as businesses, too, shut down over the coronavirus pandemic. The delivery giant withheld 2021 guidance given economic uncertainty, but sees capital expenditure declining.

Packaged-food giants General Mills (GIS) and ConAgra Brands (CAG) reported quarterly earnings that beat expectations. The strong results were reported after people crammed into grocery store aisles to stock up on food during the coronavirus pandemic. Organic net sales rose 21.5% for ConAgra and 16% for General Mills.

United Airlines (UAL) said it would add nearly 25,000 domestic flights in August, and called blocking middle seats a "PR strategy," rather than a safety-oriented one. The move comes as airlines try to stimulate demand by either opening up seats to bring in more travelers or closing them off in a gesture toward the idea of distance. Meanwhile, most Americans remain reluctant to fly and broadly support new coronavirus-related safety measures for air travel, according to the latest IBD TIPP Poll. But only a third or so believe the government should mandate policies like wearing masks on flights.

Macy's (M) finally reported a first-quarter loss that wasn't as bad as expected, while sales missed expectations, but said to expect a 35% drop in same-store Q2 sales. The department store operator said its big, flagship stores have reopened more slowly than others. And it lamented the absence of malls and international tourism, and cited weakening trends in states where coronavirus cases have jumped, like Texas, Florida and Arizona. It said it may not return to "normal" until the end of next year or early 2022.

Beyond Meat, Alibaba Join Up

Beyond Meat (BYND) jumped after the fake-meat maker announced plans to put its Beyond Burger in China's Freshippo grocery stores, owned by Alibaba (BABA). The move marks Beyond Meat's first entry into supermarkets in the nation, where it has racked up a string of distribution deals recently. The Beyond Burger was set to first appear in the digitally focused Freshippo stores in Shanghai over the weekend, then in Beijing and Hangzhou in September.

Dun & Bradstreet (DNB) returned to the public market with an IPO that raised $1.7 billion, about 30% more than originally planned. Shares priced above range, at $22, and climbed 15%.