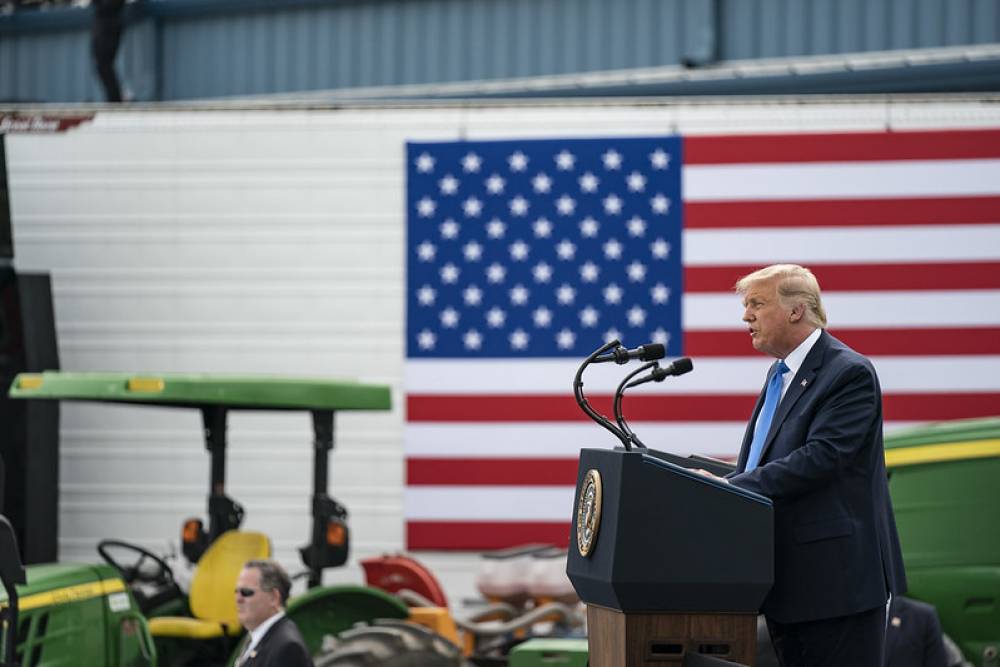 LOS ANGELES -- September 8, 2020 -- The IBD/TIPP Economic Optimism Index, a leading national poll on consumer confidence, fell 3.8% in September, moving from 46.8 last month to 45.0 this month. This marks the index’s sixth straight month in negative territory. For the IBD/TIPP indexes, a reading below 50.0 indicates pessimism.

The IBD/TIPP Economic Optimism Index has established a strong track record of foreshadowing the confidence indicators issued later each month by the University of Michigan and The Conference Board. IBD/TIPP surveyed 1,197 adults, including 1,033 registered voters, from August 29 to September 1. Due to COVID-19, the poll was conducted online using TechnoMetrica’s network of online panels to provide the sample.

This month, the Presidential Leadership Index fell by 9.4%, going from 42.6 in August to 38.6 in September, its lowest point since December 2017. All three components on the index declined, with the Favorability category dropping 10.4%, decreasing from 43.1 to 38.6.

The National Outlook Index fell across five of six components, with two of the six components decreasing by double digits. The index’s September reading of 38.4 reversed last month’s rise. This month, the index is down 5.7% overall from last month’s mark of 40.7. The Morals and Ethics component dropped the most, falling 14.9% from 29.5 to 25.1, while Direction of the Country declined 12.8%, moving from 35.2 last month to 30.7 this month. Standing in the World was the only index component to rise. It was up 3.9%, moving from 38.1 in August to 39.6 in September.

September’s Financial Related Stress Index was a bright spot, improving for the fifth consecutive month. There was a 2.9% decline in stress. The index moved from 62.9 to 61.1 this month. However, the reading keeps the index above 50. A reading over 50.0 equals more financial stress while a reading below 50.0 on this index would indicate consumers feel less stress. This index has been above 50 since March.

“Last month’s gains largely disappeared in September amid the ongoing pandemic,” said Ed Carson, IBD's news editor. “Despite the strong performance of the stock market, confidence in Federal Economic Policies dropped by double digits, taking us to the lowest point in four years. People continue to be worried about their financial security, particularly as stimulus talks drag on.”

The flagship IBD/TIPP Economic Optimism Index has three key components. This month, just one of the three indexes increased.

“Consumer confidence eased in September, as Americans grappled with the loss of generous extended unemployment benefits from the federal government, which had cushioned consumer wallets amid sky-high unemployment,” said Raghavan Mayur, president of TechnoMetrica, who directed the poll. “Despite the increased pessimism about the U.S. economy, Americans are more hopeful about their job situations, as the labor market continues on its road to recovery from coronavirus lockdowns. This month, one-third (33 percent) of Americans surveyed reported being very or somewhat concerned that they or someone in their household would be laid off within the next 12 months, a seven-point drop from 40 percent in August. The boost in Americans’ sense of job security comes as the share of job-seeking households plummets. A little more than one in three (34 percent) U.S. households have at least one member who is currently unemployed and looking for a job, down from a share of 40 percent last month. Thus, as more Americans head back to work and regain a regular income, consumer spending may pick up in the near future.”

This month, three of 21 demographic groups — such as age, income, race and party preference — that IBD/TIPP tracks are above 50, in positive territory, on the Economic Optimism Index. That’s vs. four in August, two in July, four in June, nine in May, six in April, 15 in March, 19 in February and 20 in January. Just seven groups rose this month vs. 17 in August and two in July and June. In May and April, 17 fell while all 21 groups retreated in March. Sixteen rose in February and 11 in January.

On the Six-Month Economic Outlook component, just one of 21 groups that IBD/TIPP tracks scored in optimistic territory, the same as in August and July. Just two were upbeat in June, three in May, one in April, seven in March, 14 in February and 12 in January. Optimism over the economy’s six-month outlook rose among Republicans, independents, Democrats and investors. Optimism among Independents, a key swing vote in upcoming elections, rose to a still-low 34.1 after hitting a 12-year low of 27.2 in August. The reading was 29.3 in July and 38.6 in June. It was 42.7 in March and 57.5 in February.