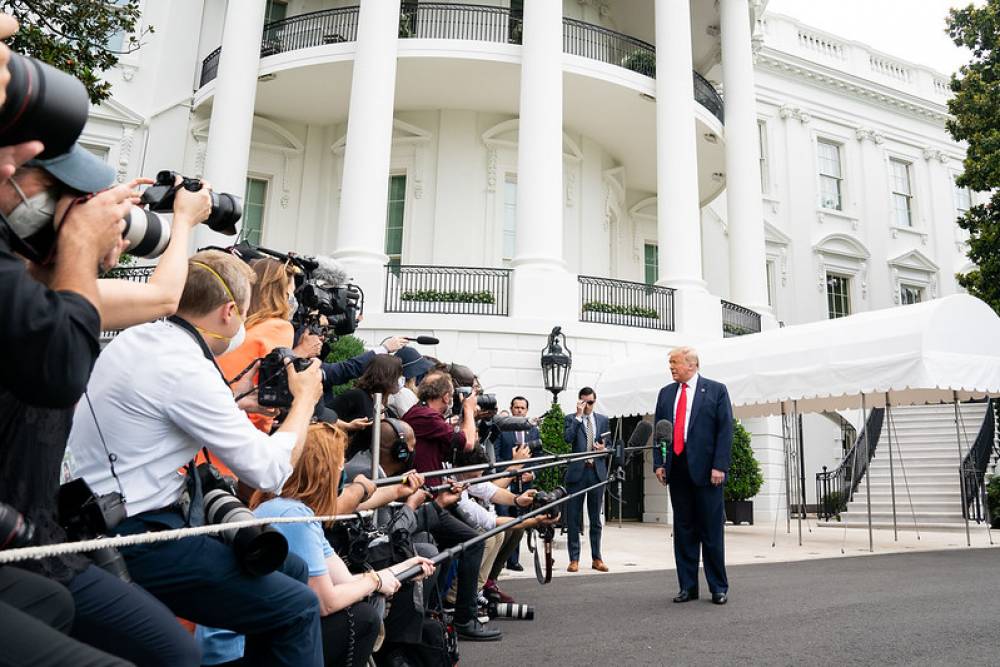 Joe Biden holds an eight-point lead over President Trump, who got no perceptible bump from the GOP convention's full-throated appeal to law-and-order voters, the September IBD/TIPP Poll finds.

Since then, Trump's response to protests and unrest over George Floyd's killing and the summer coronavirus wave appear to have damaged his reelection prospects.

Meanwhile, Democrats seem to have moved past intraparty squabbles and come home to Biden. He leads Trump 93%-3% among Democrats. Trump is having a slightly harder time holding down GOP votes. He leads among Republicans, 89%-6%.

Self-described investors, with household ownership of at least $10,000 in equities or mutual funds, back Trump, 48%-46%. Among noninvestors, Trump trails Biden 36%-57%.

The stock market has bounced back much faster from the coronavirus crash than the economy as a whole. The Nasdaq composite is closing in on 12,000, about 20% higher than it was before the Covid-19 lockdown. The S&P 500 cleared its prior high two weeks ago and continues to march higher. The Dow Jones hasn't come back that far, but has rallied to within about 2% of a record high. Despite a record jobs rebound in May and June, and further gains in July, the 10.2% unemployment rate is higher than the worst of the financial crisis, following last year's 50-year low.

Among swing-state voters included in the IBD/TIPP Poll, Biden leads Trump, 47%-39%. Those states classified as swing states based on 2016 results include Florida, Michigan, Minnesota, New Hampshire, Pennsylvania and Wisconsin.

President Trump's job approval fell to 39%, with 55% disapproval, among registered voters. The net 16% disapproval in the September IBD/TIPP Poll reflects deterioration from the prior month's 11% net disapproval, 41%-52%.

Among all adults, 30% of Americans give Trump positive marks for his handling of the coronavirus, while 56% give him poor marks. Among independents, just 23% approve of Trump's performance in the coronavirus crisis, while 62% think he has done a poor job handling the pandemic.

Trump's approval rating fell on two issues key to his reelection hopes: the economy and his handling of law and order.

Now 37% of adults give him positive marks on handling the economy, while 45% disapprove. The compares to a 43%-40% positive rating a month ago. The slippage comes as the jobs recovery appears to have slowed following the lapse of fiscal stimulus, including expanded jobless benefits. It's still possible, perhaps likely, that Republicans and Democrats will agree on new stimulus that could give Americans an income boost weeks before the election.

How secure is Joe Biden's advantage over Donald Trump? A number of questions in the September IBD/TIPP Poll try to tease that out.

President Trump has a thin advantage when it comes to voter intensity. Among those who intend to vote for Trump, 66% back him strongly, vs. 62% among intended Biden voters.

Overall, 20% of registered voters say they're uncomfortable revealing their preferred candidate, but that rises to 28% among independents.

Among registered independents, 24% say they agree with Trump on some issues but are reluctant to admit that in public.

The September IBD/TIPP Poll reflects an online survey of 1,197 adults, including 1,033 registered voters, from Aug. 29 to Sept. 1. The poll included 187 swing-state voters. TechnoMetrica Market Intelligence shifted to an online poll amid the coronavirus pandemic.