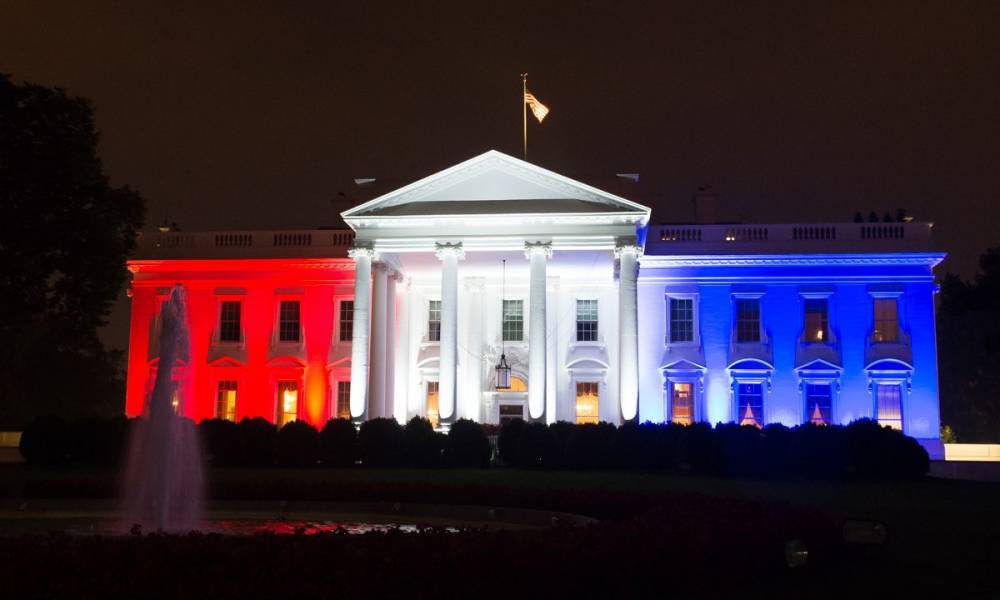 Vice President Joe Biden has extended his lead over President Donald Trump to eight points among registered voters, the July IBD/TIPP Poll finds. Trump's reelection campaign is ailing as Americans widely disapprove of his handling of the coronavirus crisis, protests over George Floyd's killing and his overall job performance.

Biden leads among independent voters, 40%-34%. Meanwhile, Democrats seem to have moved past intraparty squabbles and come home to Biden. He led Trump 91%-4% among Democrats. Trump is having a harder time holding down GOP votes. He leads among Republicans, 89%-8%.

Self-described investors, with household ownership of at least $10,000 in equities or mutual funds, narrowly back Trump, 47%-45%. But Trump's support dived among noninvestors. Trump trails Biden among noninvestors 35%-51% vs. 40%-44% a month ago.

The stock market has bounced back much faster from the coronavirus crash than the economy as a whole. The Nasdaq composite is above 10,000, higher than it was before the Covid-19 lockdown. The Dow Jones hasn't come back that far, but has rallied to within about 12% of a record high. Meanwhile, the number of people collecting unemployment benefits of one kind or another is up about 30 million from a year ago.

Among swing-state voters included in the IBD/TIPP Poll, Biden leads Trump, 57%-33%. Those states classified as swing states based on 2016 results include Florida, Michigan, Minnesota, New Hampshire, Pennsylvania and Wisconsin.

Independent voters now disapprove of Trump's job performance by a 2-to-1 margin, 63% disapproval vs. 30% approval.

Among all adults, just 29% of Americans give Trump positive marks for his handling of tensions related to George Floyd's death, while 55% give him poor marks.

The economy has been Trump's biggest selling point. But he now has a net-zero approval, with a 41%-41% even split.

Meanwhile, 54% disapprove of his handling of the Covid-19 pandemic and 32% approve. Disapproval has grown from a month ago, when Americans disapproved of his coronavirus stewardship, 46%-38%.

Last week, Texas and Florida, among the earliest states to reopen after the Covid-19 lockdown, began closing bars and imposing other restrictions amid a surge in coronavirus infections. California and Arizona also have reimposed some coronavirus restrictions, while New York and New Jersey have halted plans to permit indoor dining.

More broadly, just 31% of Americans are satisfied vs. the direction of the country vs. 67% who are not. Just 24% of independents are satisfied.

Is President Trump Honest? A Majority Of Republicans Don't Think So

The June IBD/TIPP Poll finds that 80% of registered voters see honesty and trustworthiness as very important attributes for the next president. That was highest among 10 possibilities, such as likability, mental sharpness and ability to build consensus and unify the country.

Yet voters give President Trump the worst marks in that area, with just 25% overall — and only 46% of Republicans — describing him as honest and trustworthy. However, Biden doesn't fare all that well either, with just 35% of voters and 26% of independents saying he merits those labels.

Mental sharpness is Biden's weakest link, with 33% saying he's equipped to meet the demands of the job. Yet that beats the 30% who say Trump has the mental acuity needed in a president.

The July IBD/TIPP Poll reflects an online survey of 1,213 adults, including 1,005 registered voters, from June 27 to June 30. The poll included 188 swing-state voters. TechnoMetrica Market Intelligence shifted to an online poll amid the coronavirus pandemic.

TechnoMetrica President Raghavan Mayur notes, "Panel samples are convenience samples and are not probability samples and hence the concept of margin of error does not apply. For guidance, a probability sample of 1,213 adults would have a margin of error of +/- 2.9 percentage points at the 95% confidence level. Similarly, for registered voters, it is +/- 3.1 percentage points."