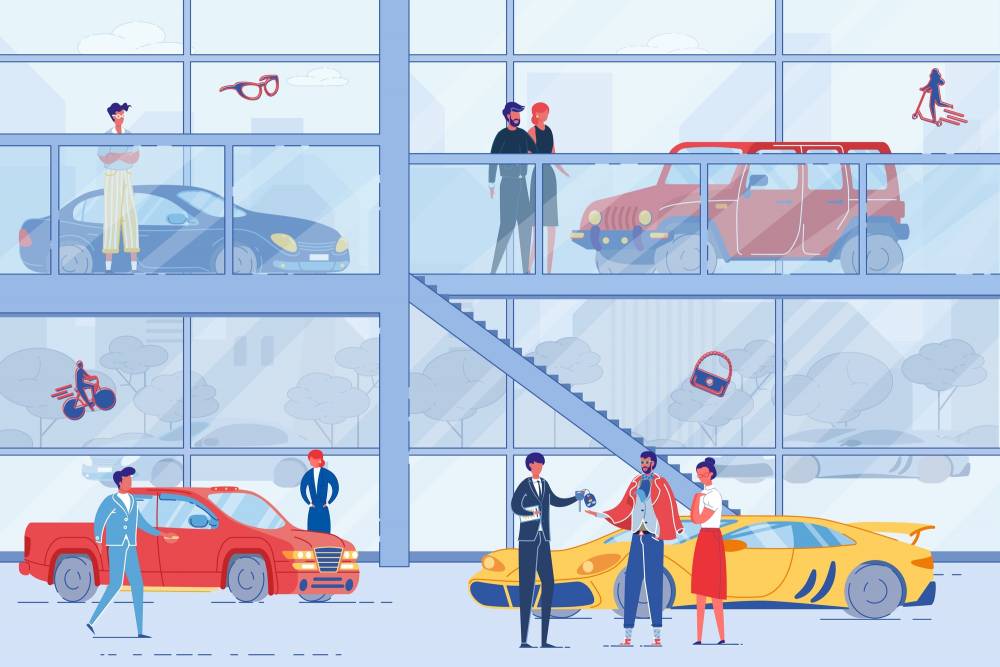 Americans’ demand for new vehicles posted its best August on record, fueled by the continued easing of coronavirus-related restrictions on travel and businesses across the country, coupled with financial support from robust federal assistance and generous incentives offered by automakers and dealerships, according to the latest reading of TechnoMetrica’s Auto Demand Index, a monthly measure of Americans’ intent to acquire new vehicles in the next six months. Thus, we expect auto sales to continue to recover from coronavirus lows in the months ahead, as consumers slowly emerge from stay-at-home orders to release their pent-up demand.

In August, the Auto Demand Index rose by two points, or 1.2 percent, to a score of 166, the second straight monthly gain in the measure. While down from an all-time high of 180 set in May, the index is at its second highest point on record, and stands 73 points above a pre-coronavirus reading of 93 from February, signaling continued high levels of pent-up new vehicle demand amid the outbreak. 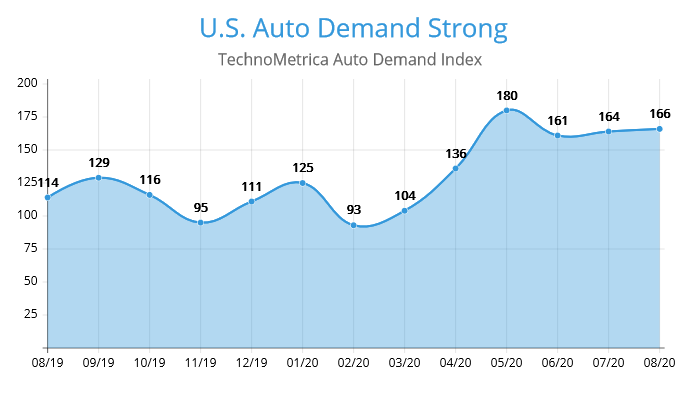 Recent trends in the index suggest that demand for new vehicles will remain strong in the months ahead. The index came in above its three-month moving average in August, pointing to further momentum for auto demand in the near term. Also, an additional indicator for momentum, the MACD, hit a new high of 14.4, marking five straight months in positive territory. Accordingly, we anticipate a steady rebound in new vehicle sales into the near future, as more Americans flock to the market after months of quarantining.

Auto sales are getting a boost from a greater sense of urgency among likely new vehicle buyers when it comes their purchase time frame, as more Americans turn to cars as a safe way to get around amid COVID-19. Among survey respondents who say they are likely to acquire a new vehicle in the next six months, the share planning to make a purchase within one month stands at a three-month average of 15.5 percent, which is down from 15.9 percent in July, but up from a pre-COVID-19 reading of 11.7 percent back in January. Meanwhile, almost one-third (31.2 percent) of likely buyers intend to obtain a new vehicle within two to three months, up from 30.3 percent in July and 19.7 percent in January. The share of likely buyers who plan to wait four to six months before purchasing a new vehicle dipped to a three-month average of 45.3 percent, down from 45.5 percent in July and 66.3 percent in January. On average, U.S. likely buyers will wait 3.48 months before purchasing their next new vehicle, the same as July, but down from 4.02 months in January.

The Auto Demand Index is compiled from an online survey of 1,212 U.S. adults fielded from July 25 to July 28.