Pfizer Leads Vaccine Stocks As The Most Trusted Name In Covid-19: IBD/TIPP 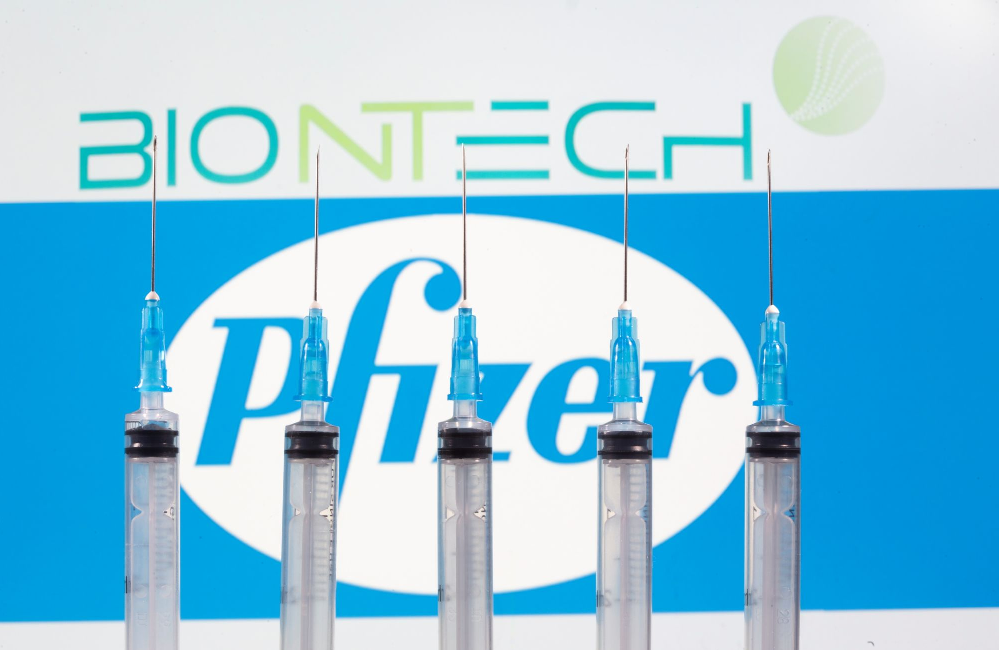 A growing number of Americans are willing to get a coronavirus inoculation, according to the latest IBD/TIPP Poll, and that's proving to be a boon for vaccine stock Pfizer (PFE).

In January, 60% of Americans polled said they were likely to get a Covid-19 vaccine when one becomes available to them. That's up from just 52% in the December IBD/TIPP Poll. More than a third, 35%, say they won't. The rest are unsure.

Meanwhile, Pfizer is the most trusted vaccine stock, according to the IBD/TIPP Poll. More than half of Americans surveyed, 53%, say they trust Pfizer to deliver a safe coronavirus vaccine. Pfizer stock slipped 0.3% to 36.75 Thursday.

That puts Pfizer well above its peers in the Operation Warp Speed group. Less than half of those surveyed expressed trust in Johnson & Johnson (JNJ), Moderna (MRNA), AstraZeneca (AZN), GlaxoSmithKline (GSK), Novavax (NVAX) and Sanofi (SNY). Just 12% of those surveyed trust all of those vaccines.

Behind Pfizer, 48% and 45% trust Johnson & Johnson and Moderna, respectively.

Vaccine Stocks And How To Induce Herd Immunity

Most than half of Americans, 56%, are confident the first Covid-19 vaccines will be safe and effective, according to the recent IBD/TIPP Poll. But more than a third, 35%, aren't confident.

That means the pharma companies' effort might not be enough to stoke herd immunity. The question regarding herd immunity is key as the world crunches the numbers on how many people need a Covid-19 jab in order to starve the virus.

According to the U.S. Centers for Disease Control and Prevention, more than 10 million people had received their first coronavirus vaccine as of early Wednesday. North of 29 million doses had been distributed.

Coronavirus shots from vaccine stocks Pfizer with partner BioNTech (BNTX) and Moderna are 95% and 94.1% effective against Covid-19. Meanwhile, the Food and Drug Administration only requires 50% effectiveness for an injection to gain emergency use authorization.

Even that "would save millions of lives," Slaoui said — assuming enough people are vaccinated. Slaoui resigned from his post Wednesday, according to multiple reports. He will stay on for 30 days after President-elect Joe Biden takes office.

During the J.P. Morgan discussion Wednesday, Pfizer Biopharmaceuticals President Angela Hwang said her company has shipped approximately 30 million doses of its coronavirus vaccine. The vaccine stock sees Covid-19 shots as being "a durable business," she said.

Johnson & Johnson has yet to produce Phase 3 test results for its coronavirus vaccine. Also on Wednesday, reports suggested J&J is two months behind in production. The company said in an emailed statement that it's premature to discuss its supply.

"The pandemic shows no signs of slowing, and we, like everyone, are eager for more tools to help stop it," J&J said in a statement emailed to Investor's Business Daily. "At the same time, it is premature to get into the specifics of the supply of our vaccine candidate, as we do not yet have Phase 3 data, nor have we filed for or been granted Emergency Use Authorization."

Currently, Pfizer and Moderna are the only vaccine stocks to have authorization in the U.S. J&J could have test results as soon as late January or early February, according to Reuters. That would help its coronavirus vaccine roll out in March.

AstraZeneca has authorization in the U.K.