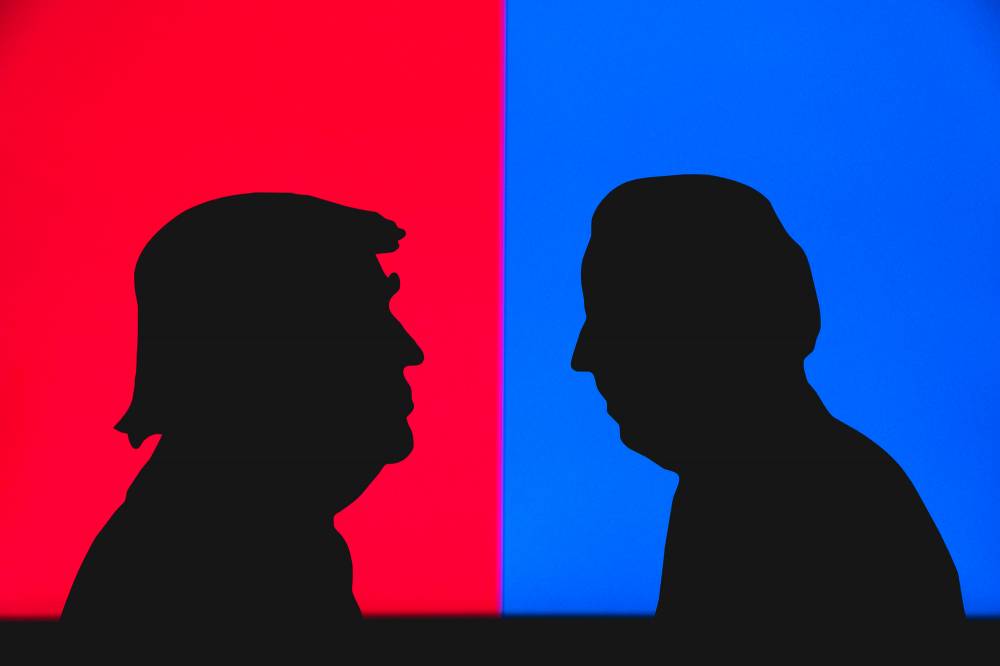 Former Vice President Joe Biden holds a 7-point lead over President Trump, the August IBD/TIPP Poll finds. Trump is facing broad rejection by independent voters on everything from his handling of the coronavirus and economy to his law and order message that aims to win back suburban voters.

Biden leads President Trump 48%-41% among registered voters, after Biden led 48%-40% a month ago. The two candidates were tied at 43% at the start of May.

Since then, Trump's response to protests over George Floyd's killing and the coronavirus resurgence have imperiled his reelection prospects.

Meanwhile, Democrats seem to have moved past intraparty squabbles and come home to Biden. He led Trump 90%-6% among Democrats. Trump is having a slightly harder time holding down GOP votes. He leads among Republicans, 86%-7%. Another 3% of Republicans say they'll vote for someone else, while 4% aren't sure who they'll support.

Self-described investors, with household ownership of at least $10,000 in equities or mutual funds, back Trump, 47%-44%. Among noninvestors. Trump trails Biden 35%-53%.

The stock market has bounced back much faster from the coronavirus crash than the economy as a whole. The Nasdaq composite is above 10,000, higher than it was before the Covid-19 lockdown. The Dow Jones hasn't come back that far, but has rallied to within about 10% of a record high. Despite a record jobs rebound in May and June, the 11.1% unemployment rate is higher than the worst of the financial crisis, following last year's 50-year low.

Among swing-state voters included in the IBD/TIPP Poll, Biden leads Trump, 51%-36%. Those states classified as swing states based on 2016 results include Florida, Michigan, Minnesota, New Hampshire, Pennsylvania and Wisconsin.

Among all adults, 35% of Americans give Trump positive marks for his handling of the coronavirus, while 51% give him poor marks. Independents are less charitable: Just 25% approve of Trump's performance in the coronavirus crisis, while 59% think he has done a poor job handling the pandemic.

Is Donald Trump Or Joe Biden Better For The Economy?

The economy had been Trump's biggest selling point. Even now, he has a modestly positive approval rating, 43%-40%. Yet independents disapprove of his economic stewardship, 33%-42%.

Among all adults, President Trump has a slight edge over who would better handle the economy, 46%-45%.

If Trump's focus on law and order is supposed to revive his election hopes, he has a problem. Just 36% of Americans give him positive marks for handling the law and order situation in the country, while 50% give him poor marks.

Independents reject Trump on law and order, 58% to 24%. Suburban voters, a key target of the Trump campaign, also give Trump poor marks on the issue, 54%-34%.

Meanwhile, Trump also has been taking a tougher stance on China during the campaign, while criticizing Biden on the issue. Yet voters prefer Biden when it comes to China, 49% to 37%.

The August IBD/TIPP Poll reflects an online survey of 1,212 adults, including 1,160 registered voters, from July 25 to July 28. The poll included 229 swing-state voters. TechnoMetrica Market Intelligence shifted to an online poll amid the coronavirus pandemic.

TechnoMetrica President Raghavan Mayur notes, "Panel samples are convenience samples and are not probability samples and hence the concept of margin of error does not apply. For guidance, a probability sample of 1,212 adults would have a margin of error of +/- 2.9 percentage points at the 95% confidence level. Similarly, for registered voters, it is +/- 3.1 percentage points."