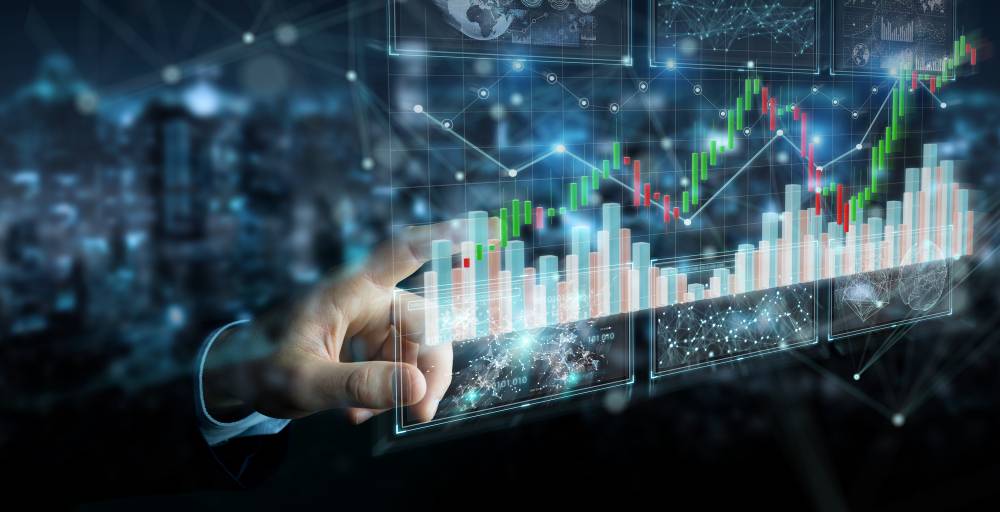 The major indexes continued to head lower this week, with the Nasdaq undercutting its 50-day moving average, including a nasty Thursday reversal. The stock market rally is now "uptrend under pressure," highlighting the increased risks.

The overall IBD/TIPP Economic Optimism Index dipped 1.8 points to 45, the sixth straight reading below the neutral 50 level. Investors were mildly positive on the economy, but that came before the recent stock market sell-off. Noninvestors are deeply pessimistic. Confidence in federal policies tumbled to the lowest since September 2016, as talks have stalled on a new coronavirus stimulus package. Initial jobless claims came in at 884,000 in the latest week, unchanged from the prior week's revised tally, defying views for a further decline. The JOLTS survey showed job openings and hiring activity normalizing somewhat, with more Americans willing to quit their jobs as better jobs become available again.

Peloton (PTON) reported a first-ever adjusted profit that was much better than expected, with revenue soaring 172%. The connected-fitness company touted "continued strong organic demand due to the ongoing COVID-19 pandemic." The year-old IPO soared to a record high at Friday's open, but reversed lower. Shares still rose for the week, getting a boost earlier after cutting the price of its original exercise bike and introducing a new bike and treadmill.

Yogawear maker Lululemon Athletica (LULU) reported a surprise second-quarter sales increase and earnings that beat expectations. CEO Calvin McDonald said that this year was "likely an inflection point for retail and for Lululemon" as more people work — and work out — from home and buy more things online due to the coronavirus pandemic. The company said it was "cautiously optimistic" about trends for the back half of the year. But higher marketing costs on newly acquired fitness app Mirror will hit Q3 profit. Shares tumbled.

RH (RH) soared Thursday after the luxury furniture chain reported fiscal second-quarter earnings that easily beat expectations and said it expects "elevated spending on the home" beyond its fiscal 2021. RH's wealthier customers find themselves stuck at home more due to the coronavirus pandemic, with more money to spend on upgrades.

Wireless-chip maker Qorvo (QRVO) raised its sales and earnings guidance for the September quarter, citing improved handset chip sales. Meanwhile, Taiwan Semiconductor Manufacturing (TSM) said its August sales rose 16% both from July and the year-ago period. Year-to-date sales are up nearly 31% from the same period in 2019.

Oracle (ORCL) beat earnings and sales views as the database software giant continues to transition to the cloud. Shares jumped to a record high Friday but close down slightly.

AstraZeneca (AZN) had to pause its final coronavirus vaccine trial after a participant became violently ill, apparently with a rare and serious spinal inflammatory disorder. It wasn't clear what caused the illness. Though the pause could be short, shares of rival vaccine makers such as Moderna (MRNA), Novavax (NVAX) and BioNTech (BNTX) rose. BioNTech and partner Pfizer (PFE), meantime, announced the close of successful precontract talks with the EU on a vaccine supply pact. The team also revealed positive early-phase test results.

General Motors (GM) will help electric-truck startup Nikola (NKLA) develop and build new vehicles, taking an 11% stake in its potential rival. The deal will see GM provide electric batteries and fuel cells for Nikola's trucks, including the upcoming Badger, which GM will manufacture. GM will receive $2 billion in stock and a seat on Nikola's board. Nikola rose 41% in the stock market on the news and GM shares gained 8%. Nikola shares dived later in the week on a short seller report accusing the company of fraud and lies. In other EV news, China's Alibaba (BABA) raised its stake in Xpeng Motors (XPEV) to 19%, up from around 3.2%, the Wall Street Journal said. The EV startup was founded in 2014 and came public in the U.S. last month in a $1.5 billion IPO.

Volkswagen (VWAGY) began deliveries of its ID.3 electric car across Europe on Friday, after coronavirus and software delays. It's the first in a pipeline of cars built from the ground up to be electric by the German automaker, which plans to eventually phase out traditional cars. The Volkswagen brand plans to build 1.5 million electric cars by 2025, part of parent Volkswagen Group's "electric offensive" against Tesla (TSLA). The ID.3 hatchback will skip the U.S., but a larger ID.4 electric crossover — also using the MEB platform — will make it here by year-end, with an unveiling set for Sept. 23. The ID.4, a rival to the Tesla Model Y, will launch in Europe in October and in China by early 2021. Meanwhile, Tesla reportedly will start exporting made-in-China Model 3 electric cars in Asia and Europe.

In China, sales of new energy vehicles, including EVs, plug-in hybrids and fuel-cell vehicles, jumped 26% to 109,000 units in August, continuing to bounce back. Overall China auto sales rose 11.6% in August to 2.19 million vehicles, rising for a fifth consecutive month, the China Association of Automobile Manufacturers said.

Nearly the entire fleet of Boeing 787 Dreamliners could face inspections by the Federal Aviation Administration, according to a memo found by the Wall Street Journal. Sections of the rear fuselage built at its South Carolina facilities failed to meet Boeing's own design and manufacturing standards. There is no immediate flight-safety issue but Boeing (BA) has slowed delivery of 787s. The 787 has been the aerospace giant's top moneymaker since the 737 Max was grounded last year. Boeing received eight commercial orders in August: three 777s and five 737 Max orders. It had 20 cancellations during the month, 17 of those for the 737 Max.

Northrop Grumman (NOC) was awarded a $13.3 billion Air Force contract for the Ground Based Strategic Deterrent. The total program is valued at $85 billion-$100 billion. The announcement was expected as Boeing (BA) dropped out of the contest last year. The Air Force plans to deploy the new nuclear missiles starting in the late 2020s.

Tiffany (TIF) sued LVMH after the French luxury goods giant said it could not complete a $16 billion acquisition partly due to fallout from President Trump's trade and tariffs war.

Chewy (CHWY) dropped on its earnings report, even though it beat views, as did its outlook. Revenue jumped 47%. Chewy stock hit a record high last week.