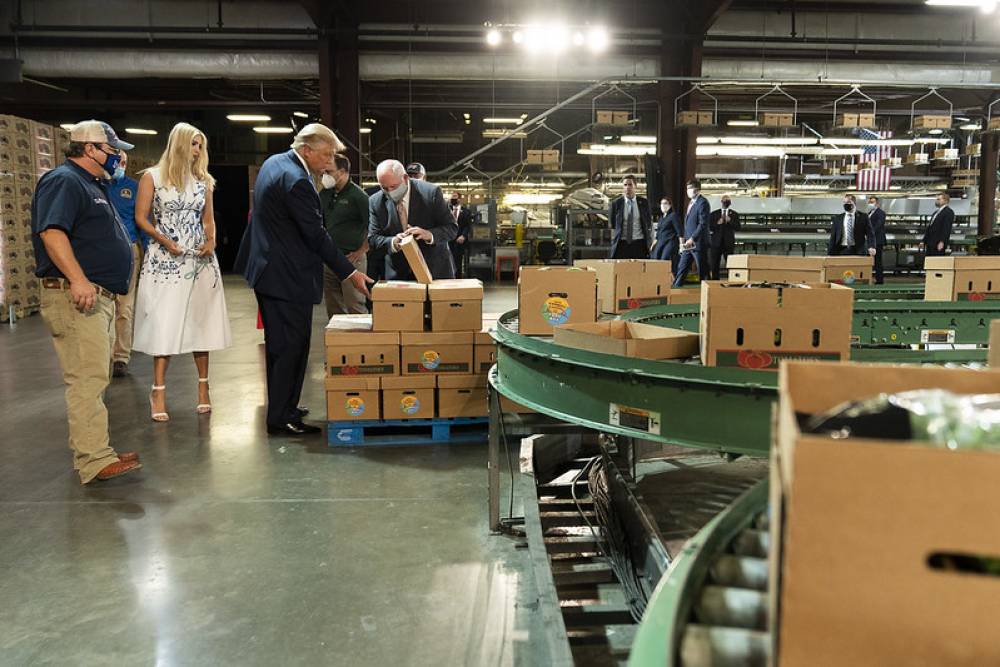 Americans grew more pessimistic about the U.S. economy over the past month as support for federal economic policies dived to the lowest level since President Trump was elected, the new IBD/TIPP Poll finds. The failure of the White House and Congress to approve new fiscal stimulus, resulting in a big hit to unemployment benefits, likely explains faltering confidence in the Trump economy.

The federal policies index slid 5.5 points to 41.7, the lowest since September 2016. Readings below 50 reflect pessimism. The overall IBD/TIPP Economic Optimism Index dipped 1.8 points to 45, the sixth straight reading below 50 for the Trump economy.

Separately, the September IBD/TIPP Poll found 37% of adults give Trump positive marks on handling the economy, while 45% disapprove. That compares to a 43%-40% positive rating a month ago. The IBD/TIPP poll showed Joe Biden leading Trump, 49%-41%.

U.S. Economy Recovers, But Many Are Left Behind

Economic optimism fell despite the fading of the summer coronavirus wave in August and another strong month for the jobs recovery. Employers added 1.4 million jobs, and the unemployment rate fell to 8.4% last month, the Labor Department reported Friday.

Still, nonfarm payroll employment remains down 11.6 million from February's peak of 152.5 million, despite the combined 10.6 million gain over the past four months.

A $600 weekly boost to unemployment benefits expired at the end of July. Talks to extend fiscal stimulus came to nothing, as Democrats pushed for another massive stimulus, including state aid and a continuation of the extra jobless benefits. Republicans support a narrower stimulus, including less aid for the unemployed to boost the incentive for the jobless to seek work.

Without that additional $600 per week, regular jobless aid replaces roughly 38% of wages and comes to $371 per week for the average earner.

President Trump signed an executive order after fiscal stimulus talks fell apart, adding back up to $400 of the extra $600 in weekly benefits. Yet few states have agreed to chip in $100 of that $400 at a time when state governments are facing a big drop in tax revenue. Further, state unemployment offices have been slow to update their systems to process the extra payment.

Among self-described investors with at least $10,000 in household-owned stocks or mutual funds, the IBD/TIPP Economic Optimism Index rose 1.4 points to 52.8. Investors' spirits were buoyed as the Nasdaq composite and S&P 500 pushed into record territory up through the Aug. 29 to Sept. 1 polling period.

In the past few days, the stock market has suffered notable losses, especially among big techs. That could hurt Trump's standing with investors.

Among noninvestors, the Economic Optimism Index fell 2.4 points to 39.6, the lowest reading since August 2011.

The IBD/TIPP Economic Optimism Index is a composite of three major subindexes. They track views of near-term prospects for the U.S. economy, the outlook for personal finances, and views of how well government economic policies are working.

The six-month outlook for the U.S. economy rose 1.7 points to 41.5, still reflecting deep pessimism. The six-month economic outlook index has slumped 15.5 points from February's 57 reading, which was just shy of a 15-year high.

The personal finances subindex slipped 1.6 points to 51.7, still modestly optimistic. The index hit a crisis low of 49.8 in June. January 2020 saw a 15-month high of 64.6 points before the coronavirus spread outside China.

The federal policies subindex has tumbled 16.2 points from February's 57.9 reading, which was the highest since June 2002. Before the coronavirus hit, there was broad support for the Trump economy.

The September IBD/TIPP Poll reflects an online survey of 1,197 adults from Aug. 29 to Sept. 1.