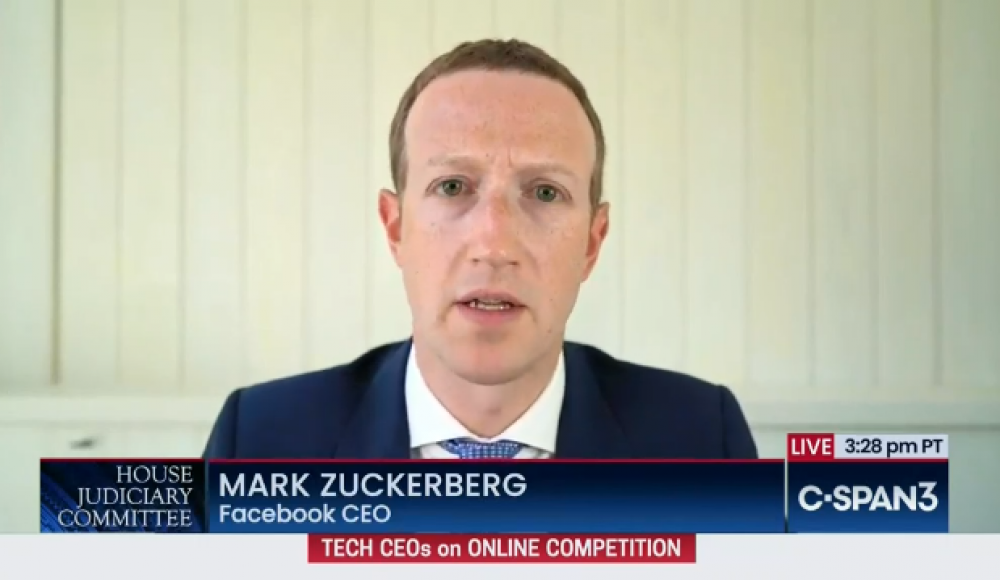 When a House subcommittee ended its daylong hearing on Wednesday regarding the market dominance of Amazon (AMZN), Apple (AAPL), Facebook (FB) and Google-owner Alphabet (GOOGL), the panel's chairman hinted at what might lie ahead in the tech antitrust war.

"These companies as they exist today have monopoly power," said Rep. David Cicilline, D-R.I. Cicilline heads the House Judiciary's antitrust subcommittee. "Some need to be broken up. All need to be properly regulated and held accountable."

"Their control of the marketplace allows them to do whatever it takes to crush independent business and expand their own power," Cicilline said, adding that antitrust laws written a century ago need to be updated. "This must end."

But can that really happen? To be sure, the investigations and scrutiny of Amazon, Apple, Facebook and Alphabet are coming from all directions. But a breakup of any of the four would no doubt be a gargantuan mission — perhaps too big, some say.

"Ultimately, we think a legislative fix is the only one that creates a potential for limitations on these companies' ability to conduct business, whether that takes the form of higher taxes or new rules regarding market concentration," Wedbush Securities analyst Dan Ives wrote in a note to clients. "Absent a legislative fix, we don't see meaningful change in regulation, although future acquisitions will most certainly be scrutinized and more difficult to close."

The four companies, combined, are worth more than $5 trillion. They employ hundreds of thousands, and can boast billions of customers. Collectively, their products and services touch pretty much every aspect of society and economies.

And that's what draws interest from regulators.

Along with the House, the Justice Department and Federal Trade Commission are eyeing tech giants as well. There also are numerous state attorneys general and international regulators looking into the matter.

Collectively, they want to know how the four tech giants leverage their vast resources. They're checking to see how they accumulate significant market share in multiple industries.

The FTC, Justice Department and a group of 47 state attorneys general have opened inquiries into Facebook. There, the agencies are looking at antitrust behavior as well as possible privacy law violations. Among other things, the FTC is also reviewing Facebook acquisitions over the past 10 years. This includes whether the acquisitions of Instagram and WhatsApp were anticompetitive.

Meanwhile, the Justice Department has its cross hairs on Google, in particular. It's looking at whether Google abuses its power in the market for advertising technology and search products.

There's more. In June, the European Union announced a formal antitrust investigation of Apple. It's assessing whether the tech giant's system of distributing apps through its App Store violates competition rules. It's also looking into the method in which Apple collects fees from app developers. Apple is being investigated in the U.S. for the same thing.

Separately, according to a report from the Wall Street Journal, the European Commission is readying antitrust charges against Amazon. It accuses Amazon of using data from third-party sellers to develop competing products. U.S. lawmakers have been looking into the same matter.

The probes launched by federal and state authorities are now more than a year old. Actions taken could come in the form of lawsuits, big fines and potentially damning reports.

"It's clear the tech antitrust argument centers around each platform as a bottleneck for competition and ultimately cutting off access and opportunity for potential rivals," said Wedbush Securities' Ives.

Moreover, a new IBD/TIPP Poll suggests the big four are losing the battle of public opinion. Consumers worry increasingly that the market strength of these companies may not be such a good thing, according to the poll, a collaboration of Investor's Business Daily and TechnoMetrica.

A majority said Amazon, Apple, Facebook and Google should be prevented from what could be viewed as monopolistic practices. Consequently, 72% of respondents were concerned, by varying degrees, that monopolistic practices would lead to higher prices. That's up from 66% who felt that way a year ago.

Public Knowledge says that if things remain as they are with the big tech firms, consumer choice will be limited, as will opportunity for entrepreneurs.

"You'll see a lack of innovation and competitors," said Alex Petros, a policy counsel at Public Knowledge, where he focuses on digital platform competition issues. "It will be harder for entrepreneurs to get people to invest in new ideas. That's bad for consumers."

Of course, opinions vary widely, from consumers to think tanks, over what to do. The Information Technology & Innovation Foundations, has published a series of articles under the heading "Monopoly Myths."

The organization is a nonprofit public policy think tank based out of Washington, D.C. Among other things, it focuses on public policies that spur technology innovation.

It says monopolists traditionally try to boost profits by reducing supply. But that is not the case with Amazon, Apple, Facebook and Google, it says. These companies aggressively innovate. In the same vein, they do it to attract and retain users, and provide new and better products and services at low cost.

"Far from being lazy monopolists that try to increase profits by artificially reducing supply, online platforms are constantly innovating to attract and retain users," wrote Joe Kennedy, a former economist at the Commerce Department and a senior fellow at ITIF.

"To do this and create new markets, they invest enormous sums in R&D," he wrote. "To punish these companies for their success would be to risk killing the proverbial geese that lay the U.S. economy's golden eggs. It would only empower China and other foreign competitors while limiting a powerful business model for other industries in the future."

Google said its tools made it possible for people to find information and businesses to grow. He also spoke about the enormous investments Alphabet has made in technology and the benefits that provides the U.S.

Amazon described itself as one of the most popular consumer brands, where consumers can get their goods quickly and cheaply.

Said Amazon Chief Executive Jeff Bezos, "Unlike many other countries around the world, this great nation we live in supports and does not stigmatize entrepreneurial risk-taking."

Apple said it had enabled a wildly popular ecosystem of apps and widely prized high-end smartphones. Facebook said it had stood for free expression and speech against a rising tide of international censorship.

They all cited examples of intense competition they face in various lines of business.

Cicilline, the House panel chairman, is expected to issue a report later this year on the subcommittee's investigation. As a result, it could end up being an outline on new regulations. It potentially could force these tech titans to restructure how they do business. In addition, this could include divestitures.

Whatever the case, there is still much to be determined in the investigations.

"A handful of technology platform giants have come to exert far too much power over consumer commerce and communications." George Slover, senior policy counsel at Consumer Reports, said in a written statement. "This extreme level of market concentration harms consumers, depriving people of competitive choices, fair and transparent prices, and a meaningful diversity of views."

Wedbush's Ives said that for Big Tech, the overhang of regulatory scrutiny remains a lingering worry for Wall Street.

"We believe that a broad movement to break up companies solely because they are large will be difficult to prove," he said. Consequently, "The further analysis of their business models will cause some near-term uncertainty and potentially headline risks."